The best fossil finding beaches in the UK

Strolling along a beach searching for fossils can be a hugely satisfying and thought provoking experience.

The anticipation of searching for, and finding the fossilised remains of animals and creatures that were alive millions of years ago can conjure an active imagination. Fossils are the remains or impression of prehistoric animals or plants embedded in rock and preserved in petrified form. When hunting for fossils on beaches, the best tools are a keen eye, patience and time. 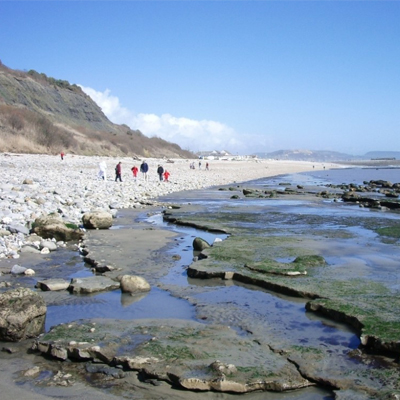 Individual ammonites – the size of dinner plates and larger, and nautilus fossils can easily be found whilst walking from Lyme Regis to Seven Rock Point at the western end of Monmouth beach.  The highlight however is the ‘Ammonite Shelf’ which is a truly stunning display of hundreds of fossilised ammonites forming a natural ‘pavement’ below the edge of the cliffs. Monmouth Beach is part of the Jurassic Coast – a World Heritage Site. 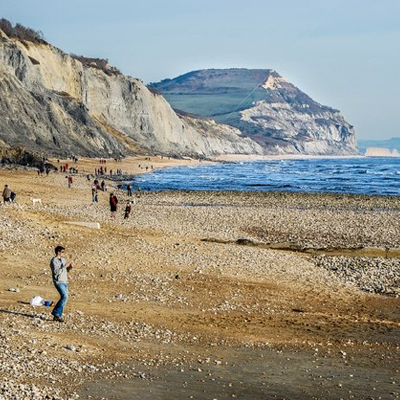 Also part of the Jurassic Coast, East Beach is a good place to find ammonite and belemnite fossils among the pebbles and sand. The rocks and pebbles do not need to be broken as the fossils can be found on the shore line. The beach sits at the base of vast black cliffs, made up of layer upon layer of soft mud, silt and clay built-up over many millions of years. The cliffs are classified as Sedimentary Rocks, formed from layers of sediment that have been turned to stone by millions of years of pressure from the many layers above. Although easily accessible, care should be taken as the cliffs are highly susceptible to rock falls and landslides. 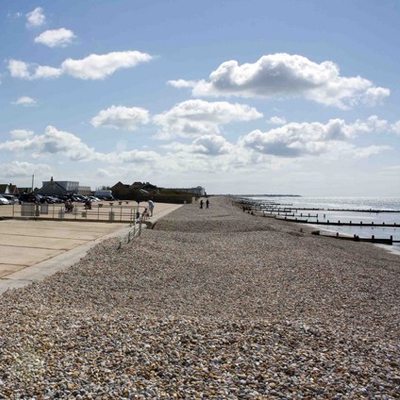 An ideal family location, Bracklesham Bay has a large sand and shingle beach and is easily accessible. The most common finds are sharks’ teeth, ray teeth and turtle shells. Fossils can be found in the sand along the foreshore so there is no need for rock hammers sometimes needed at some other locations. The best time to visit is after spring and autumn high tides, which may reveal more fossils, or in the winter when the clay beds are often exposed. Care should be taken to avoid areas of soft clay and mud. 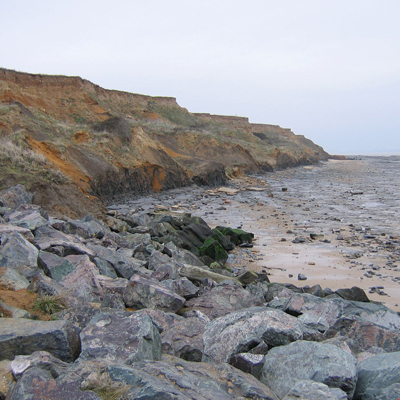 The cliffs at Walton-on-the-Naze are made from 50 million-year-old London clay. In several areas the clay is overlaid with a sand-like substance called red crag, which is 2 million years old. The area is famous for the remains of birds found in the clay. Sharks’ teeth, plants and iron pyrite crystals – also known as Fool’s Gold – can also be found on the foreshore and in the loose scree at the base of the cliffs. The beach is easily accessible but can become cut off at high tide. Hammers are not allowed as this is a site of Special Scientific Interest.

The Yorkshire coast provides a wide range of ancient rock formations, a flying reptile, the pterosaur, and dinosaur footprints have been found here. The best place for fossils is just south of Robin Hood’s Bay at Port Mulgrave where you can find ammonites as well as dinosaur and reptile fossils. These can be found on the foreshore and the scree slopes on the cliffs. The walk down to the beach is steep and the best time to visit is when the tide is going out. 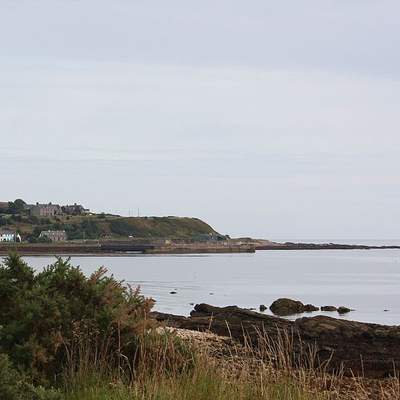 Situated on the North Eastern coast of the Scotland, the boulder beds at Helmsdale are the best place to collect Jurassic fossils in Scotland. The area is rich in reptile and fish remains, giant corals and the occasional ammonite. Access is easy and although there are cliffs in the area, all of the fossils can be found on the foreshore and you don’t have to walk far to find them.

Find out about our immersive dinosaur and fossil workshops Reception, KS1 and KS2